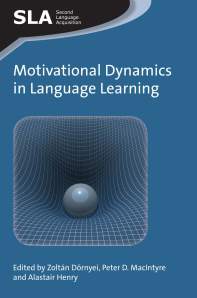 To start our autumn conferences, Tommi and Laura headed north-east to the International Conference on Motivational Dynamics and Second Language Acquisition which was hosted by Zoltán Dörnyei and the University of Nottingham. This was a special one-off conference to celebrate the exciting work which is currently being undertaken in the field, some of which we are publishing in the forthcoming book Motivational Dynamics in Language Learning. We were proud to be in attendance not only as a publisher but also as the sponsor of the conference dinner (which was thankfully delicious!).

On paper the conference schedule looked rich and interesting, and the talks did not disappoint when they were delivered. The keynote speakers, Diane Larsen-Freeman, Ema Ushioda, Kim Noels, Peter MacIntyre and Zoltán Dörnyei, provided plenty of food for thought and the symposium was brought to a close with a panel discussion where the speakers were joined by Martin Lamb and Judit Kormos to answer questions from the delegates.

As ever, Tommi and I especially enjoyed meeting many of our authors and contributors and catching up with them in person.  We were very pleased to deliver the first copy of The Impact of Self-Concept on Language Learning to one of the book’s editors, Kata Csizér, in person, just a day after we received it from the printer! I was also happy to meet many people for the first time, including Jian-E Peng, author of Willingness to Communicate in the Chinese EFL University Classroom, with whom I exchanged many emails prior to the book’s publication earlier this year.

Alongside the academic programme, the social programme was also a real highlight. The conference dinner on the Friday night was a lively affair as we were treated to a string quartet, which not only played during the pre-dinner reception but also ran a musical quiz! They played samples of music from around the world and our job was to guess either the nationality of the composer or the film in which the piece appears. I struggled with a lot of the classical pieces but was pleased to at least be able to spot the Harry Potter theme tune!

I had the opportunity to talk at the conference dinner and I was really pleased to have the chance to speak a bit about the forthcoming book and to thank the editors and contributors for delivering a manuscript which is every bit as exciting as we had been promised. To my horror I saw that my speech had been billed as “rousing and life-changing” in the programme…while I don’t think it was either of those I was at least able to get the audience to give a rousing round of applause to thank the conference organisers for all their hard work in pulling off such a wonderful event!

After the conference had officially closed there was a trip to Southwell Minster and Sherwood Forest for those of us who didn’t have to rush off home. We were fortunate enough to get a glimpse of a wedding coming out of the minster before we went inside, which made the visit even more special! We drove on through Southwell, and past the pub where King Charles I spent his last night before arrest and past the pub where the first Bramley apple was ever grown, to visit the Major Oak at Sherwood, where Robin Hood is rumoured to have met his band of Merry Men. The tree was every bit as remarkable as we expected, and there were many merry men and women aboard our bus as we reflected on a wonderful few days at the conference!

One thought on “Motivational Dynamics”