Next month we will be publishing Language Teacher Psychology edited by Sarah Mercer and Achilleas Kostoulas. The book begins with an invitation to the reader to reflect on their own memories of language learning: “If you think back to your language learning at school, you might remember specific tasks or projects you did, but, even more likely, you will remember your teachers.” This sparked a conversation in our office about language teachers we’ve encountered over the years, which we thought would make for an interesting blog post. Here are some of Laura, Flo and Tommi’s reflections on the language teachers that have stuck with them. 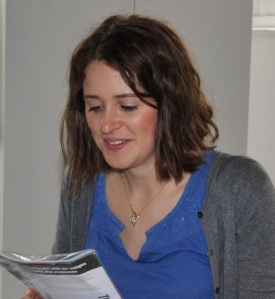 My first ever French teacher was obsessed with songs. Every single unit of vocabulary was accompanied by a song and action routine that we all had to learn and perform to the class. I imagine that for the quieter students that must have been a terrifying experience but for the rest of us it was great fun. The songs were incredibly catchy and have stuck with me and my school friends…so much so that we can still recite them off by heart, even 20 years later!

When I was in 6th Form I had French first thing on a Monday morning – not the best time of the week for teenagers! Our teacher came up with the idea that we’d take it in turns to bake a cake over the weekend and bring it in to share with the class that lesson. It was a brilliant idea – not only were we more enthusiastic about coming to class but it also brought us closer together as a group as we were more relaxed while chatting over cake. Some even tried their hand at baking French specialities!

My school German teacher made sure that lessons went well beyond the syllabus. She took the time to get to know us as individuals and often recommended German films and books that she thought we’d like. She made me realise that there’s so much more to studying a language than the topics in the textbook and that languages stretch far beyond the classroom walls. It was also a very good way to get us to engage with German outside lesson time too!

When I was on my year abroad in France I lived with some Spanish students. Over the course of the year they made sure that I learnt basic Spanish, not through formal instruction, but by making sure that they used Spanish as we did things together, such as cooking. Over time I picked up all sorts of vocabulary which has stuck with me since, including the phrase “¿Dónde están mis llaves?” (“Where are my keys?”) which was used on a near daily basis by one forgetful housemate!

During my year abroad I studied Russian at a French university. The course was taught by two teachers – the first was terrifying: incredibly strict with zero tolerance for mistakes. She called me “the foreigner” for the first few weeks, until I got so fed up I wrote my name in huge letters at the top of my essay in the hope she would get the hint. This was juxtaposed completely by the other teacher, who was kind, patient and very understanding of my predicament as a British student in a French classroom learning Russian! He made many allowances for my odd-sounding Russian to French translations and always made sure I understood definitions, often asking me to provide the class with the English translation, which helped me feel less useless! I really appreciated his acknowledgement and thoughtfulness, which meant I never felt lost or excluded from his lessons.

I have French lessons once a week and it’s probably my best language learning experience so far. My teacher has a great sense of humour, is patient, reassuring, and full of praise but never lets mistakes go unchecked. He’s obviously passionate about French culture and during our conversations he often plays us clips from French films, shows us books and photographs or plays songs. The atmosphere in his classroom is very egalitarian – there’s no tangible student/teacher divide and he is quick to be self-deprecating about his own English, which levels the playing field and reminds us that actually we’re all learners.

My A-Level German teacher at school recognised that I hated grammar tables and all of that formal language learning. He would quite often set the class an exercise to do with “der, die, das, die” or whatever. Noticing that I could never really get going at all, he would then come over and chat to me (in German) quite casually for 5-10 minutes, then he would finish with “right, you are now 10 minutes behind the rest of the class, you’d better get some work done”. I suspect I learned more German in those chats than I ever did from grammar tables…

My Italian teacher at Cultura Italiana in Bologna sat with me one day for a private lesson. During the lesson, she would talk, and I would sit leaning back with my arms folded across my chest. Eventually she grew exasperated and said “Tommi, do you care about any of this?” to which I replied “of course I do! I am listening very carefully!” “Argh, no, if you want to learn Italian you mustn’t listen, you need to lean forward, interrupt me and talk over me, that way I will know you want to be part of the conversation! We often go out, everyone talks at the same time, if you are not always saying something I will just assume you are bored and want to be somewhere else!”