Today is World Book Day! Inspired by this year’s theme, Share A Million Stories, in this post we talk about our favourite stories from childhood. 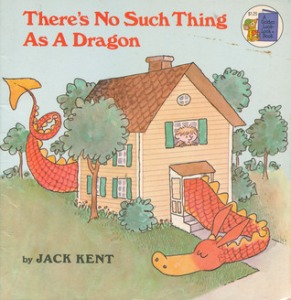 One of my favourite stories as a child was There’s No Such Thing As A Dragon. It’s a story about a little boy called Billy who wakes up to find a dragon in his bedroom, but when he tells his mum, she doesn’t believe him. The dragon, who is a rather rebellious character, gets bigger and bigger and harder and harder to ignore, yet the mum still tells Billy that the dragon doesn’t exist. It’s a funny story and a great reminder that sometimes children are right and adults are wrong. Plus, it has some really tasty looking pancakes in it, which I was always desperate for my mum to make for breakfast (she never did!).

One of my favourite childhood stories was a book read to me in Finnish when I was laid up in bed with pneumonia. It was called Kuinka Kum-Maa on Kaikkialla and tells of a little boy called Pau who is bored and ill in bed. All of a sudden a shape in the flowery wallpaper comes to life, and princess Lilaloo takes little Pau to ‘Kum-Maa’ (a play on the Finnish word kummaa meaning strange) where all of the inhabitants are two dimensional like pictures and so eat only two dimensional foods like gingerbread and pancake. Princess Lilaloo and Pau have a number of adventures in ‘Kum-Maa’, and I vividly remember staring at the wallpaper and the various paintings at my grandparent’s house imagining my own exciting adventures. After all, as the Finnish title promises, “Kum-Maa”  is everywhere…

I was considering writing about something a little less obvious, but I would be lying if I didn’t say that the Harry Potter books were hands down my favourites as a child. I distinctly remember the release of new books and the pain at these times of being the youngest in my family – this meant having to wait for every other family member to read it before I could. When it was finally mine, I would read it cover to cover without much stopping, before turning back to the beginning and starting again. So exciting! 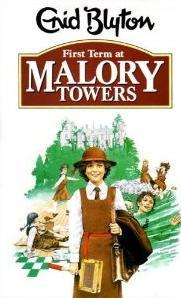 I had a lot of favourite books when I was a child (I still do!) but what really stands out for me is the Malory Towers books by Enid Blyton. Sharing them now with my daughters (who love them as much as I did), I’m surprised at how modern they are in some ways – the girls are expected and encouraged to do great things, and to be clever and brave as well as kind. I suspect when I was a child it was the midnight feasts and the absence of parents that I enjoyed most though.

Like Anna, it’s really difficult for me to choose, but one that stands out is Dick King Smith’s Sophie Stories. I loved (and still do!) the character of Sophie – ‘small but very determined’ and no-nonsense, she loves animals and her greatest ambition is to be a ‘lady farmer’. At the beginning of the books her parents think she’s too young to have a pet, so in preparation for her future career she keeps ‘flocks and herds’ of woodlice, earwigs and snails in the garden shed, which she conscientiously tends to. As the series goes on and she grows older, she accumulates a cat (Tomboy), a rabbit (Beano), a puppy (Puddle) and eventually a pony (Lucky). My sister and I were big animal lovers and our ultimate wish was to have a pony (spoiler – it never happened), so the idea of all those pets was very appealing (less so to our parents, who had agreed to a cat and nothing more). 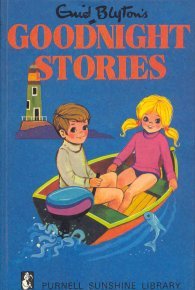 One of my favourite bedtime stories (and one that has always stuck with me!) when I was young was from Enid Blyton’s Goodnight Stories. It is called Polly’s Ps and Qs. It was about an ill-mannered girl who always forgot to say please and thank you. Her mother decided that she would pin a big ‘P’ or ‘Q’ to her dress every time she forgot. I lived in horror of my parents starting this trend if I didn’t remember my manners! 😃